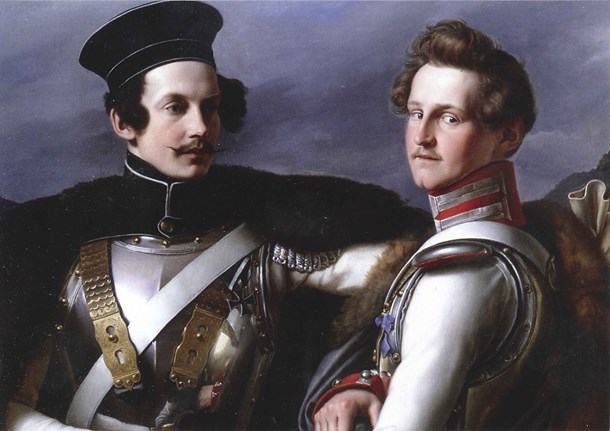 Provenance
Literature
Commissioned by Prince Friedrich Wilhelm Ludwig of Prussia (1794–1863) for his mother Frederica
of Mecklenburg-Strelitz (1778–1841), Princess of Prussia, Princess of Solms-Braunfels, Duchess of
Cumberland and Queen of Hanover, London, United Kingdom, c.1830
by descent to Augusta of Hesse-Cassel (1822–1916), Duchess of Cambridge and Grand Duchess
of Mecklenburg-Strelitz, Light Blue Salon in the Hanoverian Palace on Leinstra.e 29, Hanover,
Germany, before 1845
by descent to Ernst-August (b. 1954), Prince of Hanover, Duke of Brunswick and Lüneburg,
Hanover and Marienburg Castle, Nordstemmen, until 2005